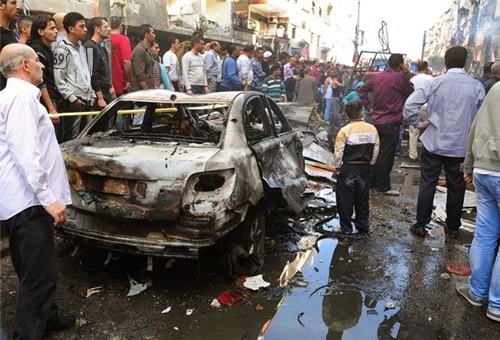 The Lebanese army has destroyed an explosives-laden vehicle in eastern Lebanon, as the country is once again affected by the spillover of the crisis in neighboring Syria.

According to a Lebanese army source, the booby-trapped car was found on a road in Baalbek near Syria’s border, with the army subsequently firing at it with a rocket, the state-run National News Agency reported on Monday.

The army said the car contained about 170 kilograms of explosive materials.

The incident comes a day after a car bomb exploded in the country’s Bekaa Valley, killing two people and injuring several others.

The Sunday blast occurred in the village of al-Nabi Othman which is a stronghold of the Lebanese resistance movement, Hezbollah.

The group had warned last month of severe attacks on the Lebanese resistance movement.

The violence in Syria has spilled over into Lebanon, where supporters of Syrian President Bashar al-Assad and foreign-backed Takfiri armed groups often clash.

Syria has been the scene of deadly violence since March 2011. Over 130,000 people have reportedly been killed and millions displaced due to the turmoil.