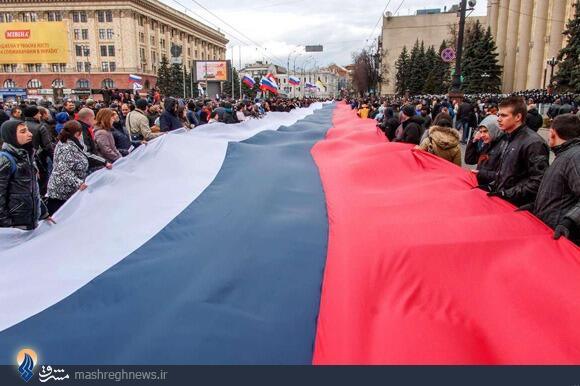 Crimea has declared independence from Ukraine and formally applied to join Russia, following a referendum in which Crimeans overwhelmingly voted in favor of joining the Russian Federation.

The Crimean Supreme Council passed the decree on Monday after all the 85 lawmakers present in the 100-seat assembly voted in support of seceding from Ukraine.

Earlier on Monday, the final results of a referendum were announced, showing that 96.8 percent of Crimeans voted in favor of the secession.

“The Republic of Crimea appeals to the United Nations and to all countries of the world to recognize it as an independent state,” the decree read.

Furthermore, the council announced that all Ukrainian state property in Crimea would be nationalized.

Meanwhile, the Ukrainian parliament endorsed a presidential decree to carry out a partial mobilization involving 40-thousand reservists, citing “the worsening political situation in the country.”

EU ministers are also holding a meeting in Brussels on Monday to impose sanctions on Russia in reaction to the referendum in Ukraine’s Crimea.

The bloc’s foreign ministers were to discuss measures, including travel bans and asset freezes on officials linked to the Crimea secession.

Ahead of the meeting, EU foreign policy chief Catherine Ashton called the referendum unconstitutional and illegal under international law.

British Foreign Minister William Hague also spoke prior to the meeting saying he hoped that they could reach an agreement over bans and hinted that more measures could be taken against Russia at a summit of EU leaders starting on March 20.

Crimea independence from Ukraine, Crimea referendum, Quoted, Ukraine clashes, Ukraine crisis March 17, 2014
Nowruz promises peace and prosperity for humanity
Tehran not to give up right to peaceful use of nuclear energy: MP