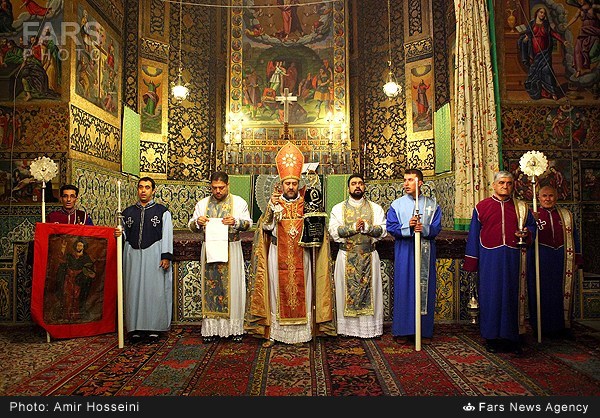 Orumiyeh, West Azarbaijan, March 17, IRNA – Priest of Assyrian Church of the East in Orumiyeh Daryavosh Azizian said here on Monday that the Islamic Republic of Iran is the safest country for all religious minorities.

He underlined that the report is aimed at sowing discord among the various minorities in Iran.

The scholar reiterated that the religious minorities are fully free to practice their rituals.

On March 11, the UN chief in a new report to the UN human rights council, accused President Hassan Rouhani’s administration of having failed to improve the situation of human rights in the country.

The UN chief claimed in the report that he was particularly concerned about what he called the increased use of capital punishment in Iran.