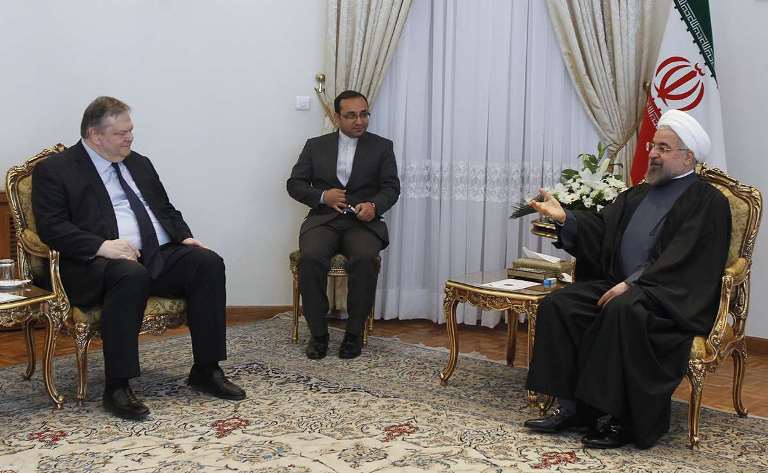 “There have been problems and suspicions in the past between Iran and certain European countries which still exist now. Both sides should make efforts to remove this mistrust,” Rouhani said in a meeting with Greek Foreign Minister Evangelos Venizelos in Tehran on Sunday.

He expressed Iran’s readiness to hold talks with the EU on strategic issues including energy, transit, regional stability and security and the fight against terrorism, violence and extremism.

“The Islamic Republic of Iran is ready to seriously cooperate with the European Union [in the fight] against violence, terrorism and extremism within the framework of the WAVE (World Against Violence and Extremism) resolution,” Rouhani stated.

On December 18, 2013, the UN General Assembly overwhelmingly voted to approve Iranian President Hassan Rouhani’s WAVE proposal, which calls on all nations across the globe to denounce violence and extremism.

The Iranian president further reaffirmed the country’s commitment to all international agreements on the prohibition of weapons of mass destruction.

“The Iranian nation will never accept discrimination regarding its rights and believes nuclear technology to be its right,” Rouhani pointed out.

Venizelos, for his part, said Greece, which holds the rotating presidency of the European Union, would make efforts to improve Iran-EU ties.

The Greek foreign minister said Iran has the potential to resolve many regional and international problems such as the ongoing issues in Syria, Egypt, Ukraine and Afghanistan.

He stressed the importance of strengthening cooperation between Iranian and Greek private sectors and noted that Athens would always remain as Tehran’s gateway to Europe.