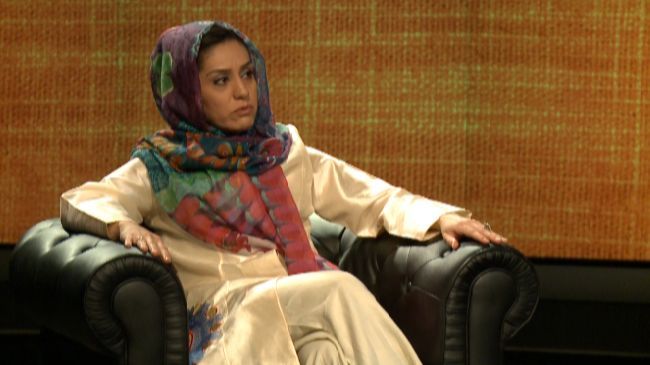 Iran woman tells of poor sanitation in US prisons

Iranian national, Shahrzad Mir-Qolikhan, who spent five years in US detention from 2007 to 2012, tells of abuse and poor sanitary conditions in American prisons.

In the seventh episode of the Press TV documentary titled “Memories of a Witness: Inside US Federal Prisons,” in which she recounts her ordeal, Mir-Qolikhan, now 36, said the hygienic conditions in the US prisons were appalling.

Mir-Qolikhan, a mother of twin girls, added that all kinds of diseases were rampant in US federal jails.

The Iranian citizen said in the prison where she was held, inmates were forced to wear second-hand and used clothes, including underwear.

She stated that she was constantly threatened by other inmates because when there was a brawl in the ward, she called the guards and the criminal inmates threatened to harm her if she continued to do that.

Mir-Qolikhan further noted that she wrote letters to leaders of 187 countries via their countries’ embassies in the US demanding their help for her release but she received not a single response.

She also complained of the strip-search procedure in prison when her family came to visit her from Iran a few months before her freedom.

Mir-Qolikhan was detained in the US on charges of attempting to smuggle night vision goggles to Iran.

Her former husband, Mahmoud Seif, had allegedly tried to export night vision goggles to Iran from Austria. In an earlier episode of the program, Mir-Qolikhan explained that she had accompanied Seif to Austria, where she served as his interpreter in 2004.

In the US, she was detained and sentenced to five years in prison by a Florida federal court in the absence of her husband.

Quoted, Shahrzad Mir-Qolikhan, us detention of iranian woman March 16, 2014
Parliament Speaker blames US for “rocking the boat” in talks with Iran
Iraq ready for broader cooperation with Iran