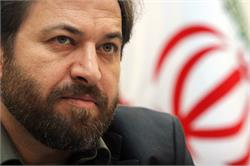 ‘Correct implementation of subsidies reform a must’

TEHRAN Mar 15 (Shana): Managing director of Iran’s Fuel Conservation Company (IFCO), Nasrollah Saifi, says the flaws arouse during the implementation of the first phase of targeting subsidies law will be removed in the second phase.

Speaking to Shana, Saifi said not only the first phase came into force 9 months later than schedule but the prices of oil products like gasoil rose too high and rises were uneven.

According to the official, distribution of revenues collected through partial removal of subsidies was not fair and did not take into account the shares of manufacturing sector, health, social security, job promotion and similar things.

Transfer of the money the government collected from reforming subsidies to the people’s pocket led to a kind of disequilibrium in the society, Saifi said.

He continued: moving towards real prices is inevitable because low prices in Iran and higher prices in the neighboring countries create incentive for smuggling fuels to neighbors.

Saifi noted that keeping prices at a low level for the sake of people’s well-being will lead to wasting national wealth on the one hand and environmental catastrophe and health problems on the other hand.