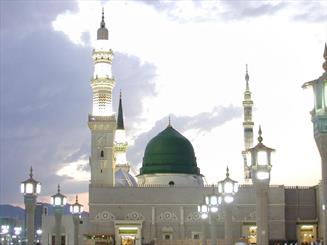 Tehran to host intl. conference on Prophet Muhammad and cinema

TEHRAN — An international conference for the purpose of studying cinema’s attitude toward Prophet Muhammad (S) will be held in Tehran in late May, announced the organizers on Thursday.

The International Conference of Prophet Muhammad (S), Cinema and World Literature has been organized by the Ahl al-Bayt World Assembly and several Iranian cultural organizations.

The conference aims to make use of the capacity of international scholars and artists to fight against films and other artistic productions insulting Prophet Muhammad (S), conference secretary Gholamreza Montazami said in a press release.

The conference also intends to enlighten people particularly in the West about the life of the Prophet of Islam and his teachings, as well as to encourage authors, scholars and filmmakers to spotlight the personality of the Prophet (S) in their works.

The meeting will be held on the sidelines of the ceremony for the Grand Prize of the Holy Prophet (S), which has been established by the Ahl al-Bayt World Assembly to honor works in various forms of art and literature.