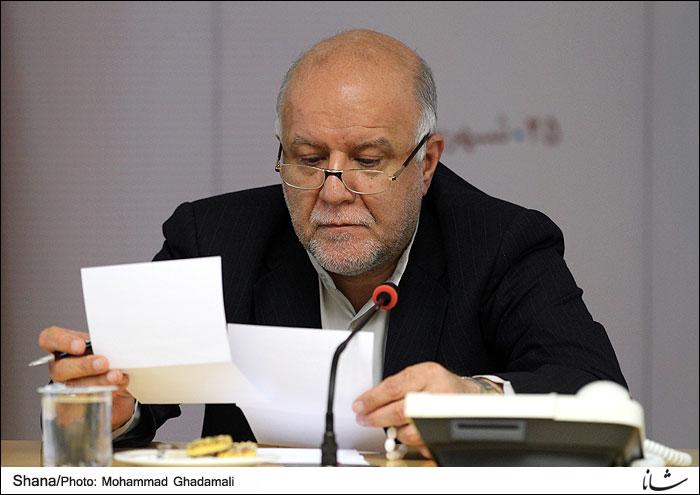 Iran and Russia are set to finalize an agreement they have reached for broader economic and trade cooperation, Iran’s Oil Minister Bijan Namdar Zanganeh says.

“The memorandum of understanding for the development of Tehran-Moscow cooperation will be finalized early next [Iranian calendar] year [starting on March 21],” Zanganeh, currently on a state visit to the Russian capital, Moscow, said on Friday.

He added that the Islamic Republic is determined to raise the volume of its “economic transactions” with Russia under long-term deals, underscoring the “unacceptably low level” of Iran-Russia trade.

Iran-Russia trade currently totals USD 5 billion a year, but economists say they can at least quadruple the volume of their trade exchanges.

“The government of the Islamic Republic of Iran is seriously determined to broaden its cooperation with Russia in the technical and technological sectors for the bilateral procurement of commodities and services,” said Zanganeh.

In February, Russian Energy Minister Alexander Novak said Moscow is in talks with Iran for increasing energy cooperation with a view to raising trade exchanges.

Novak said Iran and Russia are looking for a “financial scheme” to facilitate the supply of “metallurgy, machine-building and energy equipment” by Russian companies to Iran.

Russia’s second largest oil producer Lukoil has voiced its willingness to return to Iran to develop a block of oil fields as international sanctions against Iran are shrinking.

Meanwhile, Russia’s Rosatom State Nuclear Energy Corporation has expressed hope for the finalization of a deal for the construction of a second unit at Iran’s Bushehr nuclear power plant.