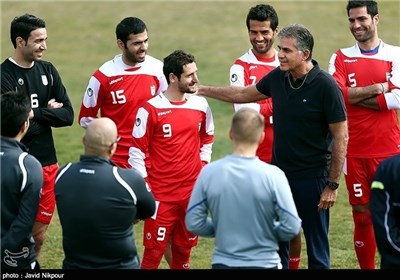 Iran moves down in FIFA rankings

TEHRAN (Tasnim) – Iran has fallen four places to 42nd in the FIFA World Rankings in the latest list published on Thursday.

Iran has been drawn in Group F of the FIFA 2014 World Cup along with Argentina, Nigeria and Bosnia and Herzegovina.

Argentina and Nigeria remained No. 3 and 47 respectively.

Bosnia and Herzegovina has also moved four places down to 21.

The FIFA world rankings are determined by points awarded from match results in a three-year period, with more recent games given greater weight. Teams get additional points for playing relatively strong opponents.

Of the 67 matches taken into account, 57 were friendlies. The other 10 games were AFC Asian Cup qualifiers, which brings the total number of matches evaluated so far this year to 122.

The next FIFA World Ranking will be published on April 10, 2014.