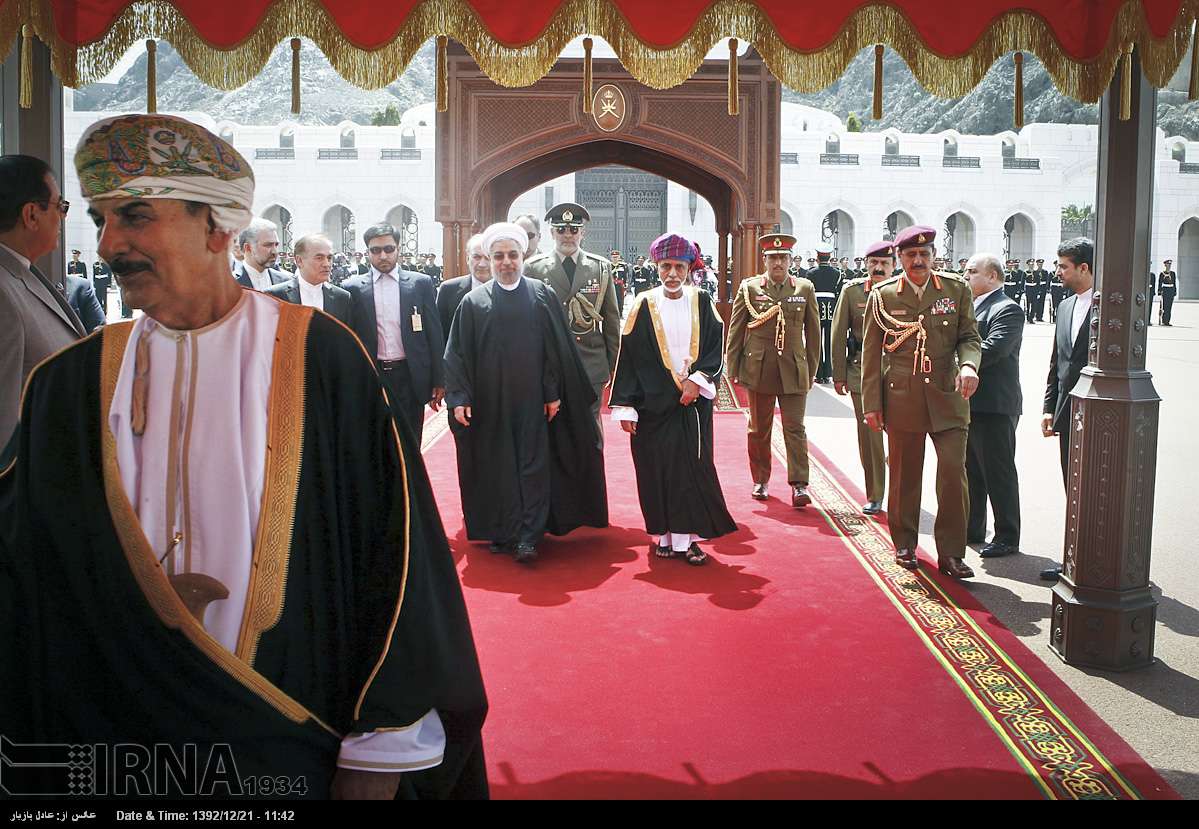 Iran-Oman ties would provide models for other countries

TEHRAN, March 12 (MNA) – Iran’s president has headed a delegation of ministers and deputies to Oman for a series of visits.

Sultan Qaboos of Oman received President Hassan Rouhani and Iranian delegation today in Muscat. Foreign, oil, roads and transportation, and labor and social affairs ministers and heads of environment and cultural heritage, handcrafts and tourism organizations are in the delegation visiting Oman along with the president.

Mehr News quoted president’s official website report of the meeting between Iranian and Omani officials. “Both sides emphasized on implementation of agreements signed in Tehran during Sultan’s visit to Iran, expressing hope that bilateral ties would be expanded,” the report wrote.

Both of heads of government agreed on cooperation on energy, shipping, customs, finance and trade, environment, tourism and hospitality, and scientific and academic relations.

Iran and Oman also discussed the dire situation in the region and emphasized that the tensions in the region should be eased through détente between the regional countries.

They also emphasized on the strategic position of Iran and Oman in their dominance on strategic Strait of Hormuz.

After the meeting between president Rouhani and Sultan Qaboos, the delegations discussed the matters of interest.