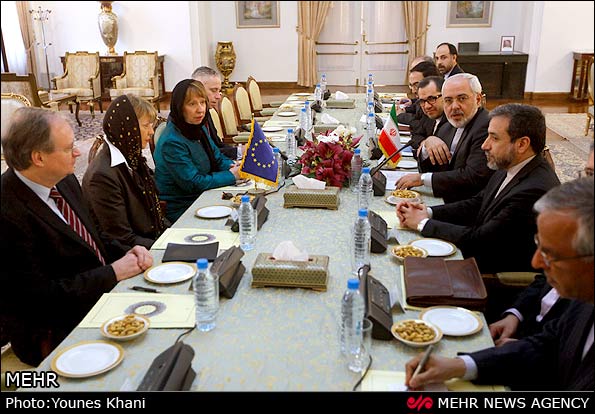 TEHRAN, Iran — The general feeling in Tehran was mixed when Catherine Ashton, high representative for foreign affairs and security policy for the European Union, arrived on March 8.

Government officials, especially those at the Foreign Ministry, celebrated Ashton’s visit as solid proof that their months-long efforts had borne fruit in lifting the diplomatic siege that Iran had endured over so many years.

According to one senior official in the Hassan Rouhani administration, Ashton’s visit, following on trips to Tehran by the foreign ministers of Belgium, Italy, Poland, Spain and Sweden in the last few months, was “a clear indication the EU wants better relations with Iran after many concerns were raised.” The official added, “The former administration presented the country in a different way. They never took into consideration others’ perception of us. They only wanted to say, ‘We are strong,’ but failed to deliver the extra mile by diffusing concerns.”

In the meantime, conservatives turned a wary eye toward Ashton’s time in Tehran, posing questions about next steps and whether Rouhani’s team was agreeable regarding what transpired during her visit. “How did they agree that Ashton meet those women involved in the 1388 [post-2009 presidential elections] crisis, which was disgraceful,” wondered one conservative source. He also asked why Foreign Minister Mohammad Javad Zarif and his aides had not taken Ashton to meet the children of assassinated nuclear scientists. According to him, “That should have been a priority. Ashton should have felt the pain the families are going through and their position on the nuclear talks.”