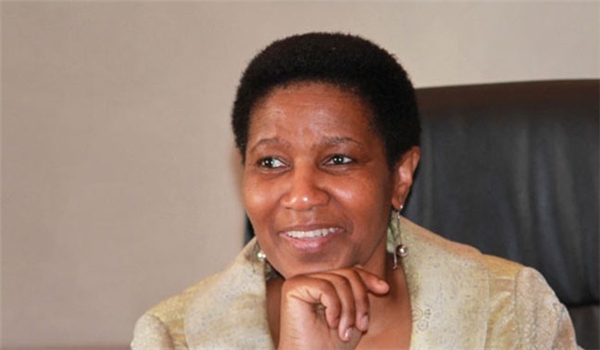 “Iran can be introduced as the role model of women education to the world, given its achievements in this field,” Mlambo, also Executive Director of UN-Women, said in a meeting with Iranian Vice-President for Women and Family Affairs Shahindokht Mowlaverdi on the sidelines of the 58th session of Women Status Commission in New York.

The Iranian vice-president, for her part, said taking part in the UN meeting was an opportunity for exchange of experience and familiarity with the challenges women face in different parts of the world.

She invited Mlambo-Ngcuka to pay a visit to Iran to closely see the country’s developments and the reality of women’s life and living conditions in Iran.

Mowlaverdi left Tehran for New York on Saturday to attend the 58th session of the United Nations Commission on the Status of Women.

The Iranian official is accompanied with two members of the Iranian parliament.

The gathering has been underway since March 10 and will end on March 21.

The event is to review challenges and achievements in the implementation of the Millennium Development Goals for women and girls.

Mollaverdi addressed the UN commission on Monday on how wars, armed struggles and sanctions have affected the lives of women and children.

She also stressed the need for a collective cooperation to improve women status worldwide.