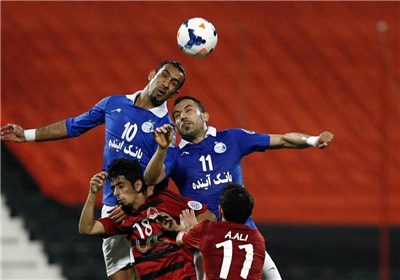 Al Rayyan beat Esteghlal 1-0 in Group A at the Al Rayyan Stadium in Doha.

Kalu Uche found the back of the net after Esteghlal goalkeeper Mehdi Rahmti made a rare error in the 14th minute.

Esteghlal put the host team under pressure and hit the bar twice.

The Iranian team will have to play Al Jazira of the UAE in Tehran’s Azadi Stadium next week.

Esteghlal remained rooted to the foot of the table without any point.