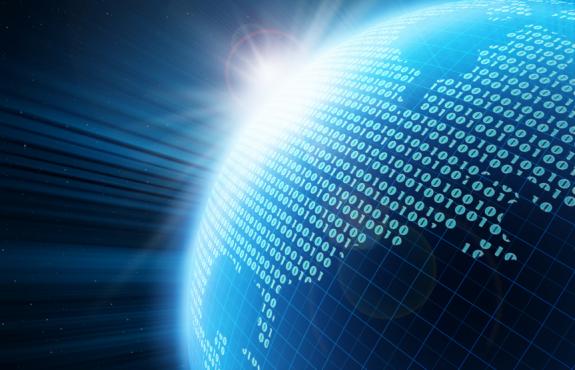 TEHRAN (ISNA)- A group of scientists led by an Iranian researcher Mohammad Hafezi have a new way to edge around a difficult problem in quantum physics, now that a research team from the National Institute of Standards and Technology (NIST) and University of Maryland’s Joint Quantum Institute (JQI) have proved their recent theory about how particles of light flow within a novel device they built.

While the problem itself how to find an easier way to study the quantum Hall effect—may be unfamiliar to many, the team’s solution could help computer designers use light instead of electricity to carry information in computer circuits, potentially leading to vast improvements in efficiency.

The quantum Hall effect is observed when there is a magnetic field perpendicular to a flat wire that has electrons flowing through it. The field pushes the electrons over to one side of the wire, so their flow is concentrated along its edge. Although a fairly exotic piece of physics, the quantum Hall effect already has been applied to make better standards for electrical conductance. But the effect is hard to study because measuring it requires stringent lab conditions, including extremely low temperatures and samples of exceptional purity.

The team looked for a way around these issues, and in 2011 they found a potential, albeit theoretical, answer: Build a model system in which particles of light behave exactly like electrons do when subjected to the quantum Hall effect, and study that system instead.

“We knew building an analogous system that uses photons would have additional advantages,” said NIST physicist Mohammad Hafezi. “Light can carry much more information than electricity, so working with a photon-based system also could help us design computer components that use light.”

To test their theory, the team built an array of tiny, nearly flat silicon rings atop an oxide surface. Beaming photons of the right wavelength at one of the rings makes these photons loop around the ring many times. The rings—which look like 25-micrometer wide racetracks—sit about 150 nanometers from one another, close enough that a photon in one ring can hop to an adjacent one. If a ring happens to be defective—which can and does happen in the fabrication process—the photon instead hops to another ring, but eventually finds its way back to the edge of the array, where it continues traveling. Thus the device transports photons from one place to another even if some of the rings don’t function, a key point for manufacturers, who will want devices that work even if they are not physically flawless.

But why go through the trouble of making the photons go ring-hopping? Hafezi said the rings encourage the photons to travel only along the edge of the array instead of taking a path through its midsection—just like electrons experiencing the quantum Hall effect do in a conductor. The secret, he said, lies in the rings’ arrangement and its peculiar effect on the photons.

“Our theory showed the topology of the ring array would create the effect we wanted, and our experiment confirms it,” Hafezi said. “We now have a robust silicon device that can transport photons at room temperature. We hope it will prove useful for both fundamental studies of physics as well as practical component design.”