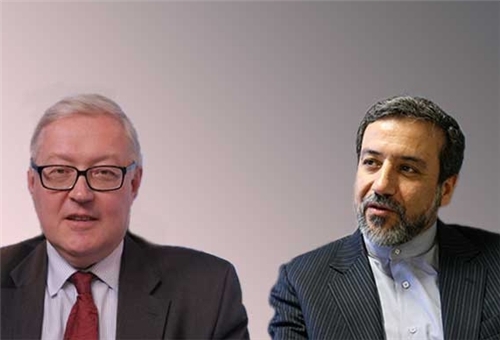 Moscow, March 12, IRNA – Iranian Deputy Foreign Minister Abbas Arqchi met with his Russian counterpart Sergei Ryabkov in Moscow on Wednesday in the run-up to a fresh round of nuclear negotiations between Iran and the P5+1.

The meeting was held behind closed doors and reporters were not allowed to cover the consultations.

Ryabkov has been Russiaˈs chief negotiator in the course of diplomatic efforts to negotiate an end to the dispute over Tehranˈs nuclear activities.

The two diplomats are also believed to have reviewed issues of mutual interest and explored avenues to further expand Tehran-Moscow cooperation.

Araqchi, a senior member of Iranˈs negotiating team with the West, arrived in Moscow on Wednesday to hold talks with Russian officials.

After his visit to Moscow, Araqchi is scheduled to head to Beijing for consultations with Chinese officials.