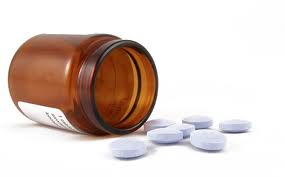 TEHRAN (FNA)- Iran launched the production line of an oral medication for the treatment of the patients suffering from the multiple sclerosis (MS) disease.

The researchers of Iran’s Osweh Pharmaceutical Company have gone through all the needed stages for the production of Fingolimod drug without any outside help, the company officials said in October.

The Iranian Health Ministry has conducted all the necessary tests and experiments before issuing the necessary license for the production of Fingolimod in the country, the company said.

The mass production line of the medicine officially kicked off in the presence of the head of Iran’s Food and Drug Organization.

In early 2009, Iran unveiled Fingolimod on the occasion of the 30th anniversary of the victory of the Islamic Revolution in the presence of former Iranian Health Minister Kamran Baqeri Lankarani.

MS is a disease in which the nerves do not function properly and people may experience weakness, numbness, loss of muscle coordination, and problems with vision, speech, and bladder control.

Fingolimod comes as a capsule to take by mouth. Fingolimod is used to prevent episodes of symptoms and slow the worsening of disability in patients with relapsing forms (course of disease where symptoms flare up from time to time) of multiple sclerosis.

Fingolimod is in a class of medications called sphingosine l-phosphate receptor modulators. It works by decreasing the action of immune cells that may cause nerve damage.