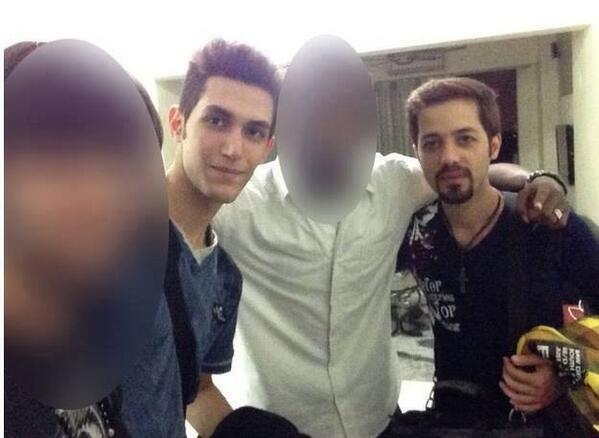 The last status update Pouria Nourmohammadi posted on his Facebook page indicated he was “feeling excited.” The 19-year-old Iranian had good reason to be: he was embarking on the first leg of a flight that would ultimately take him to Germany where his mother was waiting to help him begin a new life.

But his journey was tragically interrupted. His flight, Malaysia Airlines Flight MH370, disappeared en route from Kuala Lumpur to Beijing early Saturday morning with all 239 people on board. Nearly four days later, no trace has been found of the Boeing 777 in spite of a massive search operation conducted by at least nine countries.

Nourmohammadi had earlier hinted he would be going on a long, life-changing trip. “Because of some problems I will deactivate my account. Friends, seriously, if I’ve done any of you a bad turn, forgive me because maybe …” he posted on his Facebook page on Feb. 24.

It was only when he started posting pictures of himself in Malaysia at popular Kuala Lumpur landmarks like the Petronas Towers that some of his friends realized he had left Iran.

about a week ago

The revelation that two Iranians had boarded the Malaysian jetliner with stolen passports raised suspicions of hijacking or terrorism. However this was played down by authorities on Tuesday. Ronald Noble, secretary general of Interpol, said at a press conference that Nourmohammadi and 29-year-old Seyed Hamid Reza Delavar were “probably not terrorists.”

The head of the Malaysian police force, Khalid Abu Bakar, also said on Tuesday that after having been in touch with Nourmohammadi’s mother in Frankfurt, he believed the teenager had been trying to reach Europe as an asylum seeker. Because of dire economic circumstances as well as restrictions on social freedoms at home, some Iranian youth opt to make such risky trips. Many of them must use illegal methods, usually involving human-trafficking rings. Nourmohammadi had left Iran with his official passport, but apparently used a stolen Austrian passport when he arrived in Kuala Lumpur.

Until a few weeks ago, Nourmohammadi’s Facebook page seemed much like that of any other 19-year-old. It has posts on cars, girls and video clips of youth poking fun at those in authority. But as he approaches his departure from Iran, his posts turn more cryptic, the youthful cheerfulness dims. Nourmohammadi knew he was taking a big risk: he asked friends to pray for him the night before he left. After he went through Kuala Lumpur International Airport’s passport control, he posted: “Thanks to all of those who prayed for me, I’m safe.”

When news broke that he was on Flight 370, the comments started pouring in on his Facebook page.

“If only he would post exactly the same message again,” said Tannaz Nasr yesterday, commenting on his “I’m safe” post.

“I don’t know you, but I wish from the bottom of my heart that you will return to your family,” said Vahid Ajami.

Some of those who commented made clear they saw Nourmohammadi as a victim. “If you are no longer in this world then you are at last free my son … damn those who forced you to flee your home,” wrote commenter Mojgan Shahnazi on Nourmohammadi’s picture in front of the Petronas Towers.