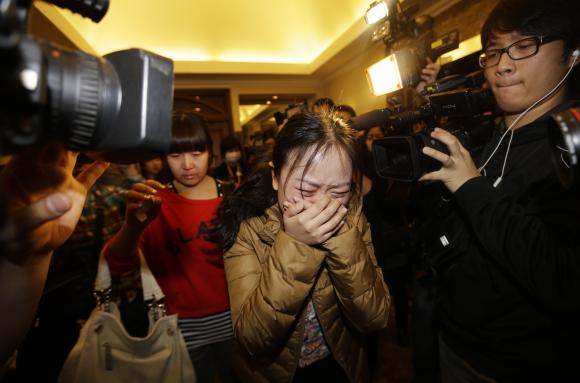 Upon its arrival, Jinggangshan formed a unit with Mianyang, which arrived Monday, and promptly started searching operations, Xinhua reported.

According to the Chinese navy, another two warships are expected to reach the area on Tuesday afternoon and Wednesday morning, respectively, and a depot ship has been ordered to prepare for moving into the Gulf of Thailand to replenish the searching vessels.

Dozens of ships and planes from around 10 countries are scouring the waters around Flight MH370’s last known location, but no solid clues have been found so far.

The Boeing 777 aircraft suddenly vanished from radar early Saturday morning while carrying 227 passengers and 12 crew members from Kuala Lumpur to Beijing. Among the passengers, 154 are Chinese.