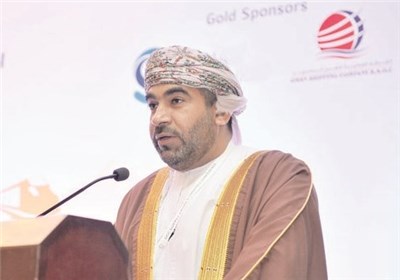 Minister: No plan for constructing bridge between Iran, Oman

TEHRAN (Tasnim) – There is no indication of a bridge between Oman and Iran, which was mentioned in the local media quoting some Iranian officials,Oman’s minister of transport and communications said.

Ahmed bin Mohammed al Futaisi made the comment while speaking to the media on the sidelines of inaugurating a project, adding that his affiliated ministry has not received any indication from any government department regarding the mega-scale project, the Oman Daily Observer reported.

In interviews with local media recently, the Iranian ambassador to Oman had said that the Sultanate and Iran will construct a bridge between the two brotherly countries.

The minister also said that the railway project between the PGCC states is expected to be completed on schedule as announced earlier.

Al Futaisi described the rail project as a “game-changer” for long-term economic growth and prosperity of Oman.

That is while on Feb. 24 an Iranian trade delegation, comprised of representatives from the country’s Chamber of Commerce, paid a visit to Oman to get acquainted with the available investment opportunities in the Arab country.

PEIP provided the Iranian visiting delegation with the information about the investment opportunities in Oman, Times of Oman reported.

The Omani organization’s officials also elaborated on their initiatives to attract industrial investment.

The Iranian delegates were also briefed on the main services and facilities offered by the Knowledge Oasis Muscat (KOM), Oman’s only IT park, for the companies operating in the information technology sector.