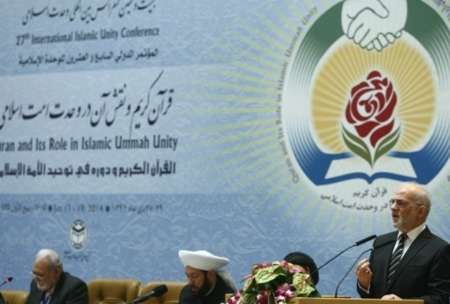 Jaafari made the remarks speaking to IRNA correspondent on the sidelines of the International Conference on Role of Islamic World in Global Power Geometry in Tehran.

Jaafari noted that peaceful nature of Iran’s nuclear program have been proven to all the world, including the neighboring countries.

The Iraqi ex-premier said that Iran has turned into a regional power thanks to its progress in all areas.

On Iraq’s political situation, Jaafari said that sectarian rifts should not be allowed to grow into ethnic conflicts.

He accused certain regional countries, including the Saudi Arabia and Qatar of interfering in Iraq’s internal affairs and providing financial and arms support to Takfiri groups carrying out terrorist operations in Iraq.

He said that Takfiri groups in Iraq, Syria and Lebanon are seeking to create insecurity and distort the real image of Islam.

On the waves of Islamic Awakening in the region, the Iraqi veteran politician said that the popular uprisings should not only focus on overthrowing the ruling systems, but at the same time they should find alternative governments to replace them.

He cited Islamic Revolution of Iran led by Imam Khomeini toppled the Shah regime in 1979 and replaced it by the democratically elected government of the Islamic Republic of Iran.