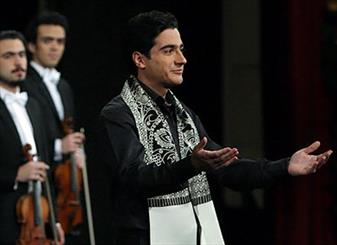 ‘I am neither Angel nor Devil,’ takes three years of collaboration

TEHRAN, March 11 (MNA) – A soloist of ‘I am neither angel nor devil’ has said the album has taken three years of collaboration to completion.

Homayoun Shajarian who was attending the unveiling ceremony of the album, a collaborative work of him and Tahmouras Pournazeri as composer, told that the songs had been selected with great obsession and care so that they convey the desired effect on the audience. “The difficult part of the task was on Pournazeri’s shoulders of course,” he added.

“Iran Gam, a media company, has spared nothing for success of the album. The company sponsored our travels around the world to use the helps of prestigious players to record the album,” Shajarian said.

Tahmouras Pournazeri told that they recorded most of the melodies overseas, which he evaluated as a valuable experience for Iran’s music. “Homayoun Shajarian and I cared much in selection of songs so that it infuses the audience with deep effects along with the music,” he asserted, “we intended to communicate a feeling coming from heart to other hearts, and I hope we would be successful in this.”

‘I am neither angel nor devil’ was unveiled today in Vahdat Amphitheatre and some pieces were shown as video clip, and were hailed by the audience.

Iranian vocalist Homayoun Shajarian, Quoted, soloist of ‘I am neither angel nor devil’ March 11, 2014
Iran sends team abroad to examine Zanjani’s assets
The youth, leaders of Islamic awakening movement should not indulge in internal dispute: Hakim