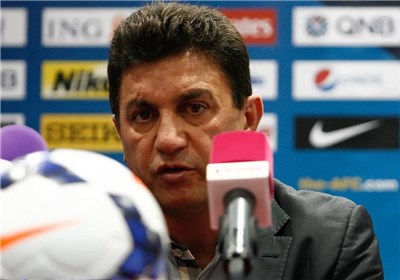 Iran’s Esteghlal football team will play Al Rayyan of Qatar in Group A in Doha on Tuesday.

Esteghlal has lost its home match against Al Shabab in the first match, while Al Rayyan was defeated by Al Jazira of the UAE.

“We will be playing against strong opponent but at the same time we have a big motivation to make a good comeback after losing the first match at home,” Ghalenoei said in the pre-match news conference.

“Both sides have similar conditions and this mean that the match will not be easy,” Ghalenoei was quoted as saying by the AFC site.

“We had an unfortunate defeat in the first match against Al Shabab and hopefully we can recover against Al Rayyan. The match is very hard and important because the two sides will be looking to register their first win in the competition,” he concluded.