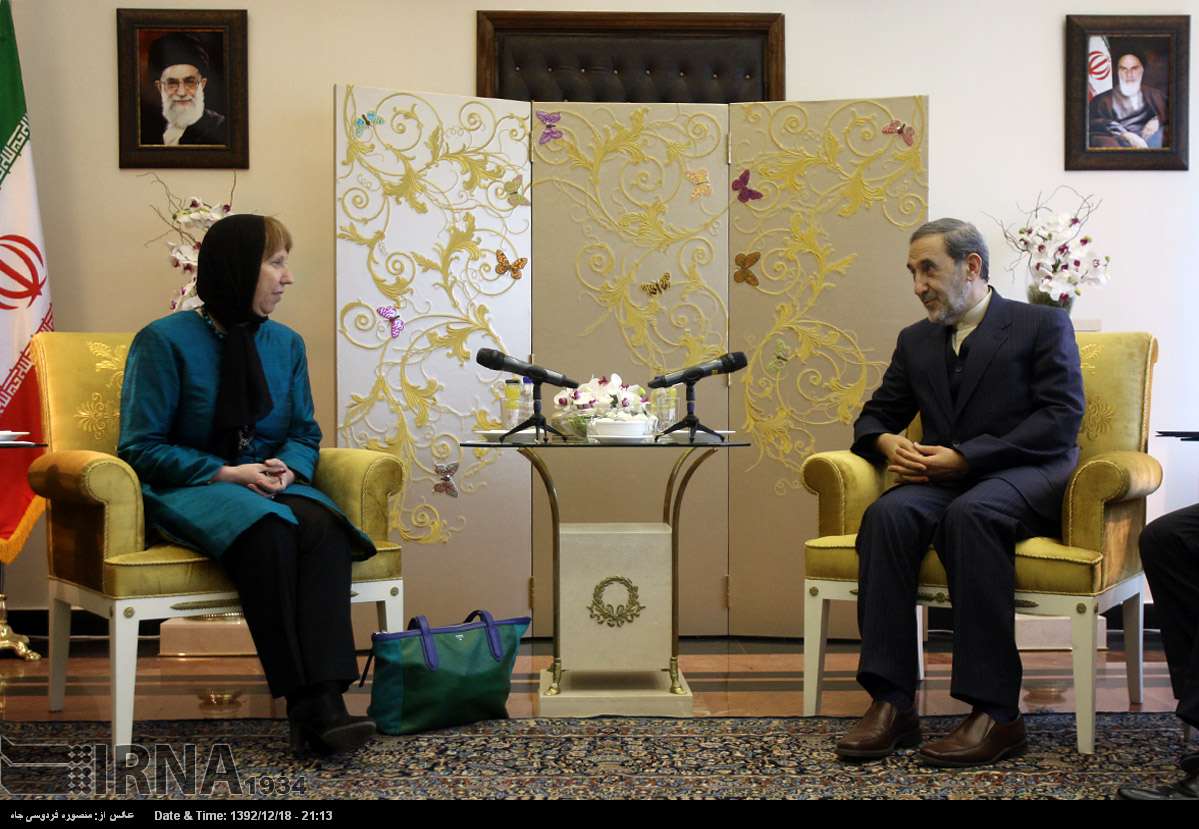 Tehran, March 9, IRNA – US measures throw obstacle on the way of negotiations between Iran and the six nations over Tehranˈs nuclear program, said head of Strategic Research Center of Iranˈs Expediency Council, Ali-Akbar Velayati on Sunday.

Delivering a press statement after his meeting with visiting EU foreign policy chief Catherine Ashton, Velayati said that during his meeting with Ms. Ashton, he had said that Iran insists on its nuclear rights enshrined in the Non-Proliferation Treaty.

Velayati, an advisor to Supreme Leader Ayatollah Ali Khamenei, also said that he had reiterated that Iran is committed to going ahead with its negotiations with the West and that countries like the United States should not be allowed to take measures which run contrary to what upon which the two sides have agreed during the talks.

He criticized remarks by US Secretary of State John Kerry in an interview shortly following the November 24 deal between Iran and the six nations and similar remarks by US President Barack Obama.

Velayati accused US officials of acting under influence of the Zionists.

Elsewhere in his remarks, Velayati said that in his meeting with the EU foreign policy chief, the two also reviewed the situation in Ukraine.

ˈIn my view, the Westerners made a miscalculation about Ukraine,ˈ Velayati said.

They didnˈt think that Russiaˈs reaction to what is going on in Ukraine would be so strong, Velayati said, adding, Ukraineˈs current situation will not be to the benefit of Ukrainian people.

The veteran Iranian diplomat noted that the Americans and the Europeans are divided over Ukraine. ˈSome European countries have declared they are not ready to impose sanctions on Russia, because these sanctions would inflict losses on both sides.ˈ

Even Americans who used a strong rhetoric about Ukraine have changed their tone today.