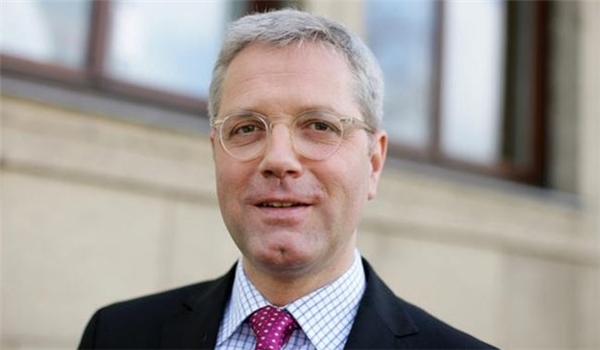 TEHRAN (FNA)- Chairman of the German Parliament’s Foreign Affairs Commission Norbert Rottgen underlined that his country’s companies are willing to pick up a stronger role in Iranian projects and market, and stressed Berlin’s resolve to broaden its mutual cooperation with Tehran in different areas, specially in economy and industry.

“The German companies impatiently want to seize the opportunity to be present in Iran’s vast market,” Rottgen said in a meeting with Chairman of the Iranian Parliament’s National Security and Foreign Policy Commission Mansour Haqiqatpour in Tehran on Sunday.

Haqiqatpour, for his part, pointed to the status quo in Iran-Germany relations, and said, “Interaction with the world’s independent countries based on respect for mutual interests sets a principle in Iran’s foreign policy.”

He underlined that the Iranian parliament welcomes any approach which is based on the expansion of political, economic, cultural and specially parliamentary ties with other world nations.

Last month, Iranian President’s Chief of Staff Mohammad Nahavandian underlined the country’s determination to expand relations with all European states, specially Germany, and said Berlin will benefit much from trade ties with Tehran.

“It is beneficial to Germany to assume Iran as its powerful trade partner and the Iranian government is resolved to improve relations with all the European countries, specially Germany,” Nahavandian said in a meeting with a German economic and industrial delegation in Tehran in February.

He stressed that a good climate has been created for cooperation between Iran and Germany and other European countries.

Nahavandian also underscored Iran’s important position in energy supply to Europe and settlement of the regional development as well as the country’s role in establishing peace and stability in the region.

Following the implementation of Geneva nuclear accord struck by Iran and the Group 5+1 (the five permanent UN Security Council members plus Germany) in November 24, the ground has been paved for more participation of the European countries in the Iranian lucrative market. Several European states have so far sent their trade delegations to Iran to study chances for widening trade ties and exchanges with Tehran, while more EU member states are preparing to send similar delegations to the Islamic Republic.

The largest of such delegations comprised of 141 French businessmen and traders who stayed in Tehran for several days earlier this month.