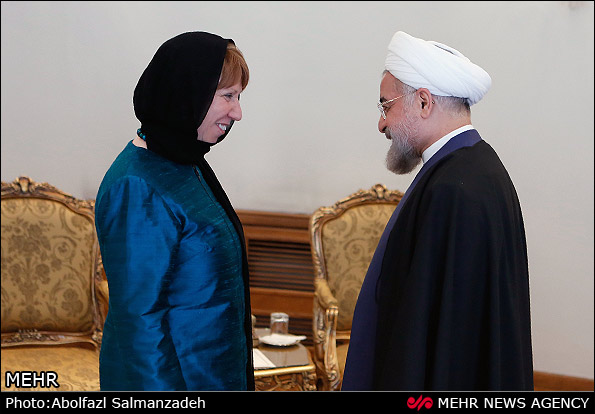 Before this meeting, Ashton had met with Iran’s foreign minister Mohammad Javad Zarif. They attended a joint press conference after the meeting.

Asked about nuclear deal Zarif told that Iran would sign a deal which respected Iranian national rights, conceding that Iran should address concerns of international community as well.

This is the 1st time that Ashton heading a European political and economic delegation to Iran. Iran’s deputy- FM for Legal and International Affairs Abbas Araghchi received her at Mehrabad International Airport Saturday afternoon.

Iran’s FM Javad Zarif had invited Ashton at their first meeting on the side lines of UN General Assembly in New York last January. The invitation was an open one with no specific time mentioned.

A delegation of EU members, Ashton’s aid, Helga Schmid and EU spokesman Micheal Mann, are with her in the visit.