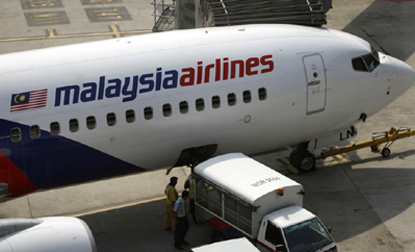 Malaysia Airlines officials said at a press conference earlier on Sunday that terrorism was one line of inquiry in their investigations, as they confirmed that the plane may have tried to turn back.

Fears are intensifying about the fate of those on board the missing Malaysian Airlines flight, more than 42 hours after the plane vanished from radar screens.

Friends and family of the passengers are gathering at a hotel in Beijing, where they are being supported by a team of nearly 100 people – mostly counsellors – drafted in by Malaysian Airlines.