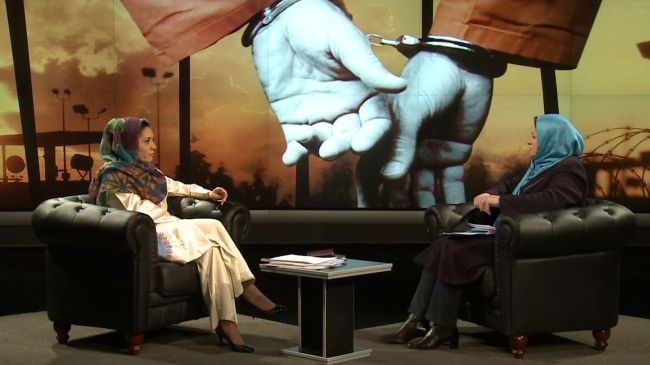 Shahrzad Mir-Qolikhan, the Iranian woman who was held in detention in US from 2007 to 2012, says secret agents framed her in Vienna, where she was interpreting at a business meeting for her husband, Press TV reports.

In a Press TV documentary in which she recounts her ordeal, Mir-Qolikhan, 36, said she was arrested in Vienna in 2007 based on a request from the US government.

The mother of two said she was charged with attempting to illegally import US-made night-vision goggles into Iran.

“The arrest was made based on the American government’s request from the Austrian authorities,” Mir-Qolikhan said in the documentary titled “Memories of a Witness: Inside US Federal Prisons.”

She said she was held in a dreaded detention center in the Austrian capital for 28 days. She was released after the US government failed to provide any evidence of wrongdoing against her.

Mir-Qolikhan said she lived through a “horrible experience” in the detention center where her inmates included a drug trafficker, a money launderer and a credit card phisher.

She said the prison guards were “so aggressive, so rude, so harsh,” adding that one guard struck her with her boot when she was being led to her cell in prison.

Mir-Qolikhan added that her access to the outside world was cut off, saying that she could not even tell her twin daughters in Dubai of her whereabouts.

Shahrzad was arrested in the US in December 2007, after being forced to return to the States from a vacation in Cyprus.

Her former husband, Mahmoud Seif, had allegedly tried to export night-vision goggles to Iran from Austria. However, she was detained and sentenced to five years in prison by a Florida federal court in the absence of her husband.

Shahrzad said that she had suffered brutal torture in US prisons.