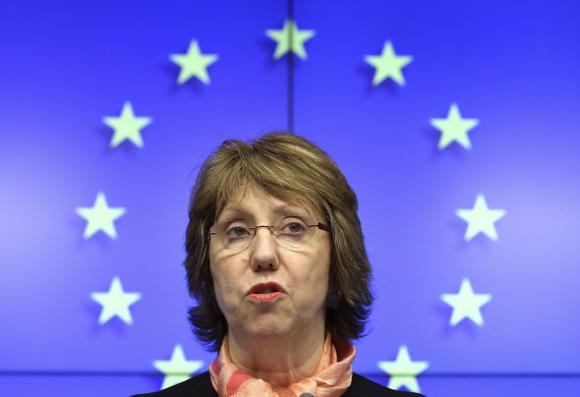 EU’s Ashton says no guarantee of final Iran nuclear accord

European Union foreign policy chief Catherine Ashton said on Sunday there is “no guarantee” that talks with Iran on its disputed nuclear programme will lead to a comprehensive agreement.

Iranian president underlined that Tehran and the European Union (EU) can boost their relations in a whole host of fields on the basis of mutual respect, stressing that contacts between the two sides should not be confined to negotiations over Tehran’s peaceful nuclear program.

Visiting spokesperson of the EU foreign policy chief Michael Mann said on Sunday that reaching a comprehensive agreement between Iran and the Group 5+1 is possible.

Venezuelan President Nicolas Maduro underlined the vital importance of expanding relations with Iran, and said he has a plan to visit Iran next month.

The International Conference on Iran’s Orumieh Lake and Hamoun Wetland will be held on March 25 in Tehran in collaboration with the United Nations, said Massoumeh Ebtekar, the head of the Department of Environment (DOE).

Head of the Central Bank of Iran (CBI) Valiollah Seif announced that seven foreign banks have been specified so far to conduct financial transactions with Iran following the Geneva nuclear deal, noting that three Japanese ones will embark on the task as early as Monday.