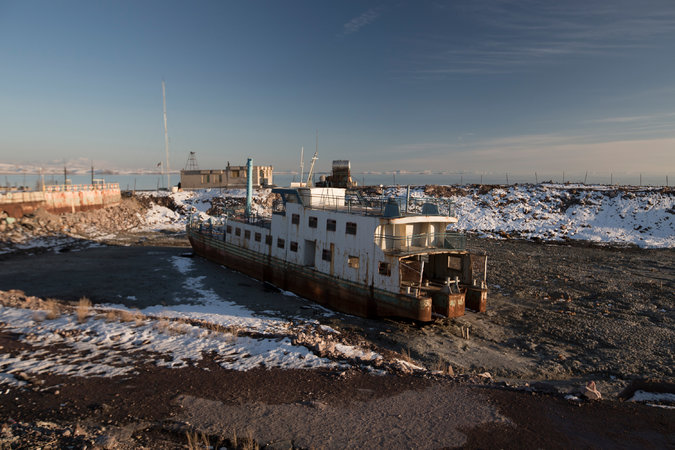 The International Conference on Iran’s Orumieh Lake and Hamoun Wetland will be held on March 25 in Tehran in collaboration with the United Nations, said Massoumeh Ebtekar, the head of the Department of Environment (DOE).

Zistboom: The International Conference on Iran’s Orumieh Lake and Hamoun Wetland will be held on March 25 in Tehran in collaboration with the United Nations, said Massoumeh Ebtekar, the head of the Department of Environment (DOE).

“Although the lake is in a critical condition, we must not lose hope of saving it,” she said, blaming the lake’s aggravating condition on improper management, rising water demand, changing patterns of cultivation and declining water supply, IRNA reported.

“The land under cultivation has risen from 15,000 hectares to 700,000 hectares, leading to a rise in the number of illegal wells and dams,” she said.

Ebtekar warned that the drying up of the lake will give rise to a salt tsunami, destroying orchards, farms and cities in the region.

The DOE chief said a preliminary meeting has been planned for the first day of the conference, in which countries will share their experiences in this regard.

Ebtekar said the final results of the conference will be released by the manager of the National Project to Save Orumieh Lake in early spring, following which programs to save the lake in collaboration with the international community will be launched.

Discussing other environmental issues, Ebtekar said Persian cheetah is no longer on the list of endangered species, thanks to the National Project for Saving Persian Cheetah, which began about 10 years ago.

“Iran is the world’s only habitat of Persian cheetah,” she said, adding that more than 50 cheetahs are living in the country, which are under rigid conservation.