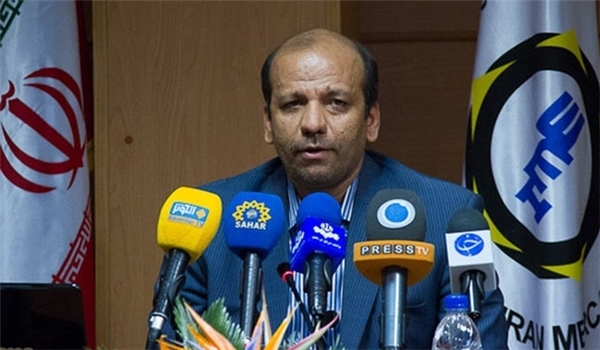 TEHRAN (FNA)- Managing Director of Iran Mercantile Exchange (IME) Hossein Panahian underlined that the IME is resolved to do its best to enhance the country’s economy within the framework of “Resistance Economy” and the five-year development plan.

Speaking at a press conference on Kish Island on Wednesday, Panahian underscored the progressive trend of the IME’s transactions during past years, and vowed to utilize each and every capacity of his organization to pave the ground for the enhancement of national economy and materialization of Supreme Leader of the Islamic Revolution Ayatollah Seyed Ali Khamenei’s order to the officials in charge to build the country’ future based on “Resistance Economy”.

In February, Ayatollah Khamenei outlined the general policies of the program to promote the “Resistance Economy”, which can lead the Iranian nation to victory in “the imposed economic war” with the West.

The Leader called the Western sanctions against Iran “a full-fledged economic war” and said that the Islamic Republic is determined to force the West to retreat.

Under the program, the government must take action to expand the production and exportation of knowledge-based products, increase domestic production of strategic goods, and develop markets in neighboring countries.