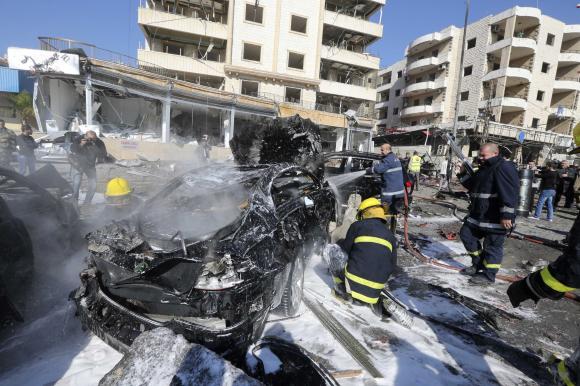 TEHRAN (FNA)- Iran’s Ambassador to Beirut Qazanfar Roknabadi and former Lebanese Prime Minister Fouad Siniora voiced concern over the presence of Takfiri groups in Syria and their links to the Israeli intelligence bodies, and called for more security cooperation between the two nations to protect Lebanon from this evil phenomenon.

“We all agree that the principal enemy of the Islamic world and Muslims is the Zionist regime (Israel). The regime is currently colluding with the Takfiri terrorists in Syria and is providing medical care for their wounded, and (Israeli Prime Minister Benjamin) Netanyahu proudly visits these terrorists in hospital,” Roknabadi said in Beirut on Wednesday.

Siniora, for his part, stressed Lebanon’s strong opposition to the Takfiri militants and their ideology.

Early in February, Lebanese Resistance Movement Hezbollah’s Deputy Secretary-General Sheikh Naim Qassem stressed that Hezbollah will continue its war against the Takfiri plots and will defeat the group, noting that achievements in this context are to appear soon.

Sheikh Qassem added that the recent suicidal explosions are not vandalizing attacks, yet a planned war against the resistance and all its environment as well as against the Lebanese army.