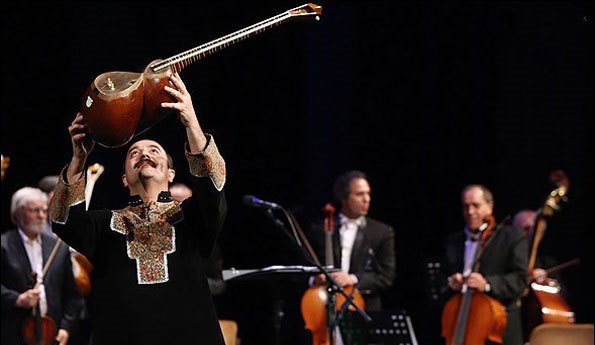 TEHRAN, March 8 (MNA) – Iranian composer and musician has said he will have an Australian tour of music in coming April.

Keyvan Saket who was speaking to Mehr News told that he would perform during a tour of music in Australian cities of Sidney, Melbourne, and Brisbane. “The musical tour will start on March 28 and will continue to April 19 2014, and I will play my new pieces which consist of an Iranian fantasy popular to Iranians music lovers abroad, and I think that it would satisfy Iranian quest for the pure music,” he asserted.

Saket also told that he had received invitations to hold concerts from a few countries, Hong Kong, New Zealand, Canada, and the US by the end of Iranian year (March 21); however, maintained that he would not provide further details of the invitations due to visa uncertainties.

Among Saket’s writings in music are ‘meeting east and west,’ ‘how to play Tar and Setar (in Isfahan and Shoor systems,)’ ‘under willow shades,’ ‘Firmament deep and blue,’ ‘with waves toward the beach,’ and ‘the everlasting surge.’