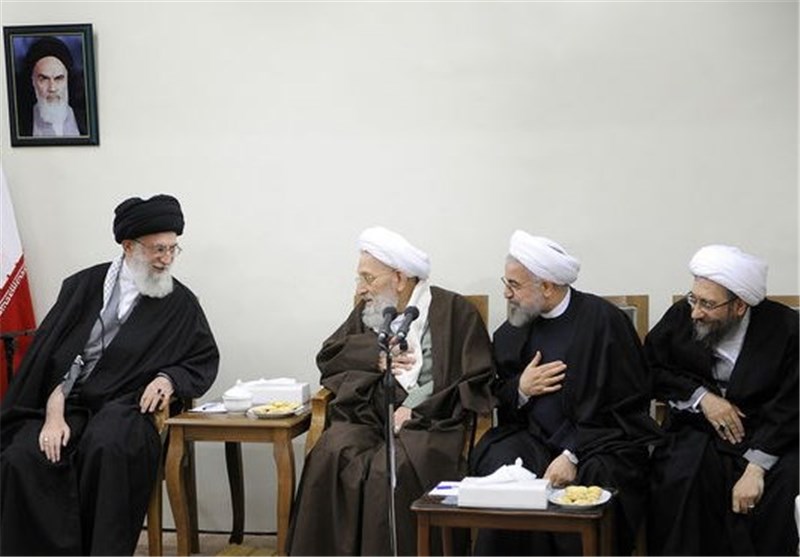 “So long as the Islamic Establishment and the Iranian nation remain committed to the principles of Islam, the (Islamic) Revolution and (the country’s) independence, the enemies will not relinquish their hostility. Hence, the enemy should not be neglected,” Ayatollah Khamenei underscored on Thursday in a meeting with chairman and members of the Assembly of Experts.

“The arrogance front has deep hatred towards the Iranian nation and today everyone can see the depth of the enemies’ hatred and spite in their remarks,” the Leader added.

Ayatollah Khamenei, at the same time, stressed that for all its animosity, the enemy has been unable to confront the Islamic Establishment and the Iranian nation.

“That is why they have turned to (imposing) sanctions (on Iran) though they know well that sanctions have been futile since the victory of the (1979) Revolution,” the Leader said.

He also described the US officials’ resort to rhetoric of military threat as indicating the ineffectiveness of sanctions.

In the past few months, American officials including President Barack Obama and Secretary of State John Kerry have repeatedly used the language of threat against Iran and said that the military option (against Tehran) is on the table.

Iran’s high-ranking officials have slammed the tone and described threatening the Iranian nation with the military option as a grave mistake.

Ayatollah Khamenei further stated that the Iranian nation’s enemies are among the most discredited (governments) in the world.

He said the American government is known at the international level as a criminal and a violator of human rights and in the US itself as a lying and hypocritical regime. “Today, the American people’s confidence in their own government is at its lowest level.”

“Therefore,” Ayatollah Khamenei added, “One should not feel afraid of such a disgraced government.”

Elsewhere in his statements, the Supreme Leader elaborated on some of the realities in today’s world, saying that the start of fundamental developments in the world and region, whose signs can be seen in regions like Northern Africa, Asia and Europe, should be closely monitored.

He referred to the awakening of nations in the world, particularly the Islamic Awakening, as one of the realities of the world today.

Ayatollah Khamenei noted that despite the oppositions to the phrase “Islamic Awakening”, it has become clear now that this awakening has been entirely related to Islam.

“Although they (the enemies) have ostensibly smothered it (the tide of Islamic Awakening), the spirit of self-confidence and the feeling of Islamic identity will never be disappeared,” the Leader reiterated.