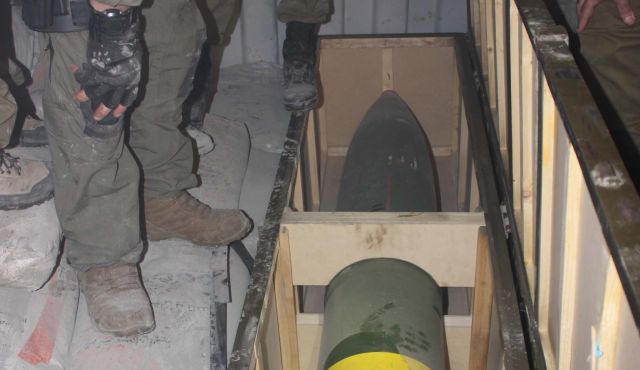 March 5, 2014 (KHARTOUM) – A senior official at Sudan’s ministry of foreign affairs said his country had nothing to do with an arms shipment that Israel claimed to have seized in the Red Sea off the Sudanese coast.

The senior official, who spoke on condition of anonymity, denied Sudan Tribune the Sudanese government had any knowledge pf the matter, accusing Israel of spreading “lies” in order to pre-empt action it secretly plans to carry out.

Israel said on Wednesday that it had seized a vessel carrying advanced Iranian weapons made in Syria that was heading towards Gaza.

The Israel Defence Forces (IDF) said the Panamanian-flagged vessel was boarded by Israeli naval commandos in the Red Sea off the coast of Sudan.

IDF spokesperson Afikhai Adrei said a military operation personally overseen by army chief-of-staff Lt. Gen. Benny Gantz had tracked the weapons for several months as they were flown from Damascus to Tehran before being taken to a port in southern Iran, where the weapons were loaded.

He said M-302 surface-to-surface missiles were later found aboard the ship, which had sailed out of Iran’s Bandar Abas sea port through Iraq and was heading to Port Sudan before being intercepted by an Israeli special unit of navy commandos in the regional waters between Sudan and Eritrea.

Adrei added that the vessel was being towed to the Israeli port of Eilat, a journey which would take several days, where the 17-member crew will be questioned and the weapons unloaded.
The United States also announced that the interception of this ship was a product of joint cooperation between Washington and Tel Aviv.

“Throughout this time our intelligence and military activities were closely coordinated with our Israeli counterparts, who ultimately chose to take the lead in interdicting this shipment of illicit arms,” White House spokesman Jay Carney said on Wednesday.

“We will continue to stand up to Iran’s support for destabilising activities in the region in coordination with our partners and allies,” he added.

It is widely believed that Israel carried out at least two airstrikes in eastern Sudan in 2009 and 2011 against targets involved in arms smuggling.

In October 2012, Sudan accused Israel of being behind air strikes that targeted the Al-Yarmouk arms factory in Khartoum.