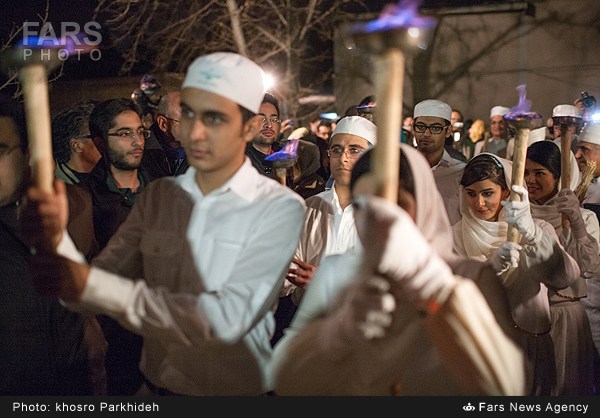 Tehran, March 6, IRNA – Rashid Khorshidian, Head of the Council of Iranian Mobeds (Zoroastrian priests), spoke about the positive changes that have taken place after the election of President Hassan Rouhani.

In an exclusive interview with English language paper ˈIran Dailyˈ published on Thursday, Khorshidian said, “Although Zoroastrians did not have specific problems even before the 2013 presidential election, the publication of Zoroastrian religious books and employment opportunities have significantly increased for them, thanks to good policies adopted by President Rouhani.”

ˈIn terms of legal issues, minorities act on the basis of their own laws. For example, Zoroastrians have their own inheritance law. They have their own schools and are free to publish their religious books.ˈ

Zoroastrian students can also attend non-Zoroastrian school, where school authorities collaborate with them, he noted.

The Society of Iran’s Zoroastrians has a representative in Iran’s Parliament, the same as other minorities, which pursues the demands of its community.

Asked whether the decrees issued by Iranian courts are compatible with the religious beliefs of Zoroastrians, Khorshidian said, ˈYes. For example, a Zoroastrian can receive complete blood money (restitution ) similar to a Muslim citizen. The representative of Zoroastrians in Iran’s Parliament is the defendant of their rights.ˈ

In response to whether Zoroastrians can marry Muslims?, he said Zoroastrians were recommended not to marry people from other religions in the past. However, according to one of the principles of Zoroastrianism, called ˈFareshgardiˈ, Zoroastrians are advised to adapt themselves to their environment and age. Since 50 to 60 years ago, we have witnessed marriages between Muslims and Zoroastrians.ˈ

He concluded by hailing President Rouhaniˈs efforts to improve the condition of minorities by increasing their recruitment in different state organizations and entities. It will undoubtedly help institutionalize respect for minorities in Iran, he added.

Article 13 of the Iranian Constitution recognizes freedom of the People of the Book, including Zoroastrians, Jews and Christians, allowing them to engage in their religious practices within the law.

Protecting the rights of religious minorities to enhance their dignity is one of President Hassan Rouhani’s election promises.