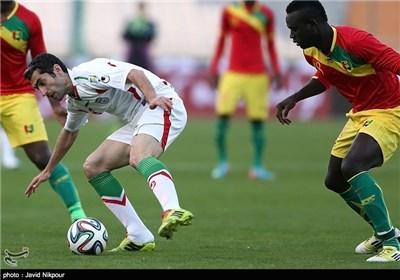 TEHRAN (Tasnim) – Guinea football team earned a 2-1 victory over Iran in a friendly match in Tehran’s Azadi Stadium on Wednesday.

Carlos Queiroz’s men put the visiting team under pressure and Charlton Athletic Reza Ghoochannejhad pulled a goal back in the 55th minute.

Iran is preparing itself for the 2014 World Cup, where the team has been drawn with Nigeria, Argentina and Bosnia and Herzegovina.