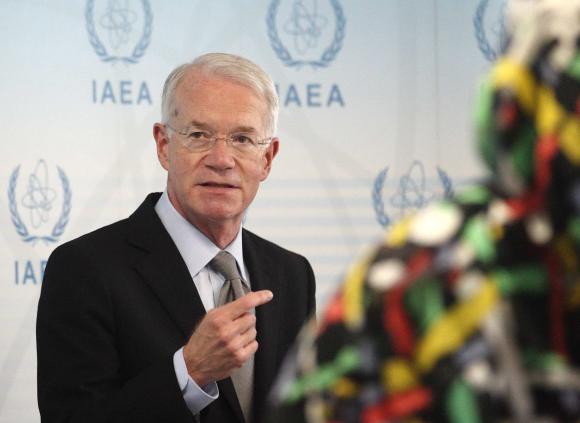 US: Iran must clear up nuclear arms suspicions

VIENNA (AP) — The United States says Iran must clear up suspicions it worked on atomic arms if it hopes to get full relief from sanctions choking its economy.

Iran and six world powers now are working on a deal that highlights sanctions relief in exchange for agreement by Tehran to scale back nuclear programs that could be turned toward making a bomb.

But U.S. envoy Joseph Macmanus told the International Atomic Energy Agency’s 35-nation board Wednesday that Tehran must also fully cooperate with the IAEA in its probe of the weapons allegations.

He says clearing up suspicions that Iran worked on nuclear arms “will be critical” to any final accord meant to give Tehran full final sanctions relief.

Iran denies wanting – or working on – such weapons.