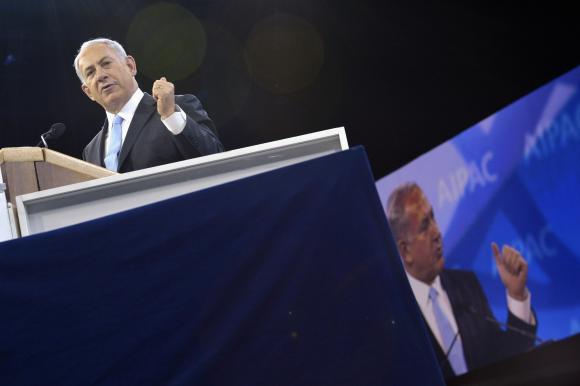 (Reuters) – Israeli Prime Minister Benjamin Netanyahu visited Hollywood on Tuesday for the premiere of a film to promote tourism to the Holy Land, shifting the spotlight away from his frequent focus on dangers facing his country.

Netanyahu attended the premiere at Paramount Studios of “Israel: The Royal Tour,” a one-hour U.S. public television special that is being broadcast this week.

The U.S.-educated Israeli leader played tour guide to the program’s host, U.S. travel journalist Peter Greenberg when the project was shot in Israel in 2012.

Netanyahu attended the event a day after White House talks with President Barack Obama that focused on the Israeli-Palestinian peace process and international efforts to prevent Iran, Israel’s arch-enemy, from developing nuclear weapons.

Addressing the crowd, Netanyahu said he not only wanted to promote Israeli tourism but also, “to dispel the various calumnies about the State of Israel and to show the real face of the Jewish state.”

Israel enjoyed its best year of tourism in 2013, with a record 3.5 million visitors, including 623,000 from the United States.

The industry contributed about $11.4 billion to the Israeli economy last year, according to the Tourism Ministry, which has said it hopes the TV show will bring in an additional 200,000 visitors.

In the “Royal Tour,” Netanyahu guided Greenberg around popular tourist sites such as Jerusalem’s walled Old City, Tel Aviv and the ancient desert fortress of Masada.

The Old City was on the itinerary, but Bethlehem, the traditional site of Jesus’ birth, was not. The Old City is in a part of Jerusalem that Israel captured in the 1967 Middle East war and annexed, in a move that has not won international recognition.

Bethlehem, a popular destination for Christian pilgrims, is administered by the Palestinian Authority in the occupied West Bank.

Filming the “Royal Tour” was not without mishap. Netanyahu tore a tendon while playing in a friendly soccer match between Arab and Jewish youths that took place within the framework of the program, and had to wear a cast for several weeks.