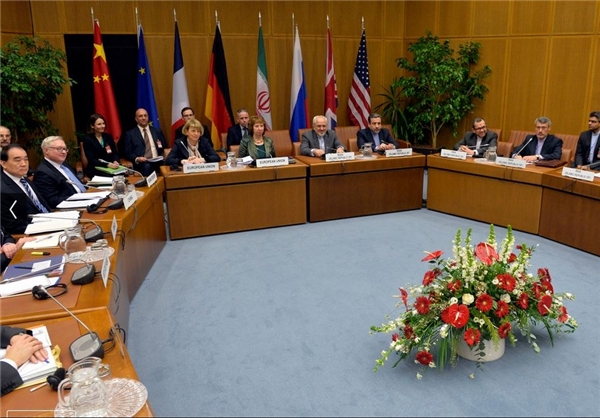 The experts talks between Iran and the six world powers (the US, Russia, France, China and Britain plus Germany) will last for two days and end on Friday.

The meeting is held on the sidelines of the International Atomic Energy Agency (IAEA) Board of Governors session underway is Vienna.

Experts of the seven nations are slated to discuss Iran’s uranium enrichment, removal of sanctions and technical nuclear cooperation in their meeting.

Araqchi, who was speaking to reporters on the sidelines of the 15th Meeting of the Assembly of Experts on Tuesday, said the experts talks in Vienna would focus on specialized and technical issues and would “actually be a prelude to the upcoming March 17-20 talks” between senior Iranian and world powers’ negotiators.

Araqchi added that Iranian Foreign Minister Mohammad Javad Zarif, EU Foreign Policy Chief Catherine Ashton and political directors of the G5+1 would take part in a later round of talks which is due to be held from March 17-20.

IAEA Director General Yukio Amano in his recent report on Iran announced that Tehran is complying with its obligations under the deal it struck with the six world powers last November.

In his new report released on Thursday, Amano said 20-percent uranium enrichment “is no longer taking place” by Iran as agreed in an agreement with the six world powers.

According to a deal which took effect on January 20, the six countries undertook to provide Iran with some sanctions relief in exchange for Iran agreeing to limit certain aspects of its nuclear activities during a six-month period.

Iran and the world power also agreed that no nuclear-related sanctions will be imposed on Iran during the same period.

The report also confirmed that no additional uranium enrichment centrifuges have been installed at Iran’s Natanz and Fordo nuclear facilities.

Iran has also provided the IAEA with an updated Design Information Questionnaire (DIQ) for its Heavy Water Reactor in Arak.

But, Araqchi noted the part of the Iran-world powers agreement which is seen as an important concession by Iran, and stressed during his yesterday remarks that “we have stopped the 20% enrichment because we didn’t need it (any more)”.

After the November 24 interim agreement between Iran and the sextet, Head of the Atomic Energy Organization of Iran (AEOI) Ali Akbar Salehi underlined that Iran’s enrichment right has been clearly stipulated in the Geneva accord, although the Non-Proliferation Treaty (NPT) had already granted the right to the country.

Following the November agreement, Iran and the Group 5+1 held several rounds of experts talks on how to enforce the deal before they could come into terms over the date for starting implementation of the agreement. Eventually on January 20, a confidential report by the International Atomic Energy Agency (IAEA) said that Iran has halted its 20-percent enrichment activity under the Geneva deal. Hours later the US and the EU removed part of their sanctions against Tehran.

A month later in February, Iran and the G5+1 held a meeting in Vienna to work on a comprehensive deal and they agreed to hold a new round of talks in the same city on March 17-20.

Following the meeting, Iranian Foreign Minister Mohammad Javad Zarif and EU foreign policy chief Catherine Ashton, who presides over the delegations of the six world powers, voiced pleasure in their rapid agreement on the agenda and dates of their future meetings, and stressed that they had made good progress in this regard.

Zarif said that there would be six rounds of monthly talks between the seven countries by late June to pave the way for a comprehensive deal in July.