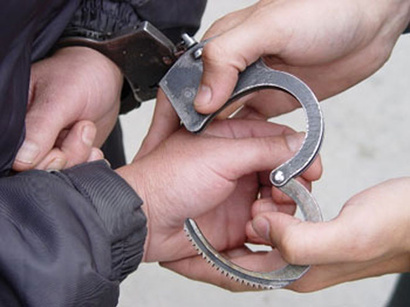 Iran man ‘to have his eyes gouged out, ear and nose cut off’ after acid attack

A man who poured acid over a young girl’s face and blinded her, should be sentenced to similar mutilation an Iranian court has ruled.

The unnamed Iranian man has allegedly been told he should have his eyes gouged out, his right ear and his nose cut off after the attack on the girl – which also caused her to lose her right ear.

Middle Eastern reports have said that the High Court in Iran publicly accepted the mutilation as a punishment.

In Iran’s legal system, there is a kind of justice called qisas – a form of retaliatory punishment, that pre-dates Islam and can be found in the Old Testament of the Bible.

It’s more commonly understood as “an eye for an eye” – punishment that equals the crime.

The National Council of Resistance of Iran, revealed the man’s punishment after he was convicted last October.

Last month, the state-run Mehr news agency, reported another Iranian man was sentenced to have one hand and one foot cut off as punishment for an unspecified crime.

There was also a furious reaction from human rights groups in 2011 after a man was to be blinded by having acid dropped into his eyes – having blinded and severely disfiguring a young woman. His victim saved him from the punishment.

Iran has carried out a total of 40 executions since the beginning of 2014, with at least 33 carried out in January alone, Amnesty International have said.

The dramatic rise in the use of the death penalty has dashed hopes for human rights reform under President Hassan Rohani, the United Nations said earlier this year.

“The spike in the number of executions carried out so far this month in Iran is alarming. The Iranian authorities’ attempts to change their international image are meaningless if at the same time executions continue to increase”, said Hassiba Hadj Sahraoui, Amnesty International’s Deputy Director for the Middle East and North Africa.

“The death penalty is a violation of every human being’s right to life and is a cruel, inhuman and degrading punishment.

“The Iranian authorities must urgently take steps to abolish the death penalty, which has been shown again and again not to have any special deterrent effect on crime,” Hassiba Hadj Sahraoui said.