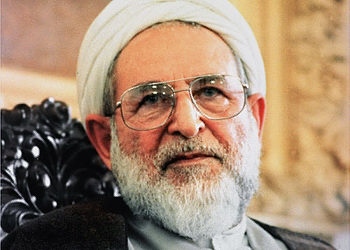 The influential Iranian cleric Mohammad Taghi Mesbah Yazdi has criticized the Hassan Rouhani administration for its cultural policies and its handling of the nuclear negotiations.

The Fars News Agency reports that in a meeting with senior nuclear negotiator Abbas Araghchi, Yazdi said: “Negotiators could have informed the people of the realities of the negotiations, which would have prevented misunderstanding and the loss of public confidence.”

The senior member of the Assembly of Experts said the Iranian negotiating team should have “condemned the bullying and excesses of the other party.”

He added that he feels the cultural policies of the government are also opening the way to “a more dangerous seditious movement.”

The Islamic Republic hardliners refer to the mass election protests of 2009 as sedition and have pointed to any form of cultural expression and social openness as a door to similar protests.