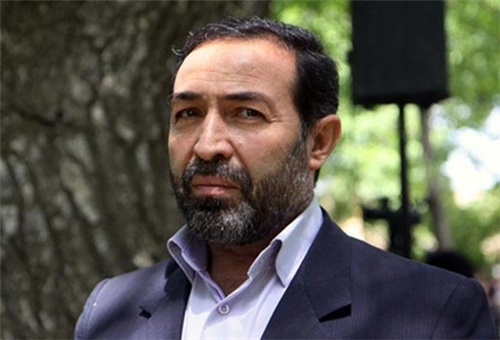 Legislator: US should pay heavy price for adventurism against Iran

TEHRAN (FNA)- A senior Iranian lawmaker blasted the US for adopting a dual-track policy against Iran, and warned that any military adventurism against Tehran would incur a heavy price on aggressors.

“During the talks between Iran and the Group 5+1 (the US, Russia, China, Britain and France plus Germany), the White House officials announce that they are ready for negotiations on one hand and attempt to attain their goals by threats on the other hand,” member of the parliament’s National Security and Foreign Policy Commission Mohammad Esmayeeli said in an interview with the parliament’s news website on Monday.

Noting that the US statesmen are influenced by the Zionist lobbies, he said threatening Iran with military aggression in case of failure of diplomacy is merely raised for internal uses and they don’t have the capability to launch an attack against Iran.

“The Americans know that if they make a mistake, certainly they won’t be able to pay its price; therefore they are trying to respond to (internal) criticisms by bluffing,” Esmayeeli said.

His remarks alluded to Washington’s recent threats of military action and increased sanctions against Iran imposed after Tehran and the world powers struck a deal in Geneva, Switzerland, to settle their differences over Tehran’s nuclear program.

On November 24, Iran and the world powers, including the US, sealed a six-month Joint Plan of Action to lay the groundwork for the full resolution of the West’s decade-old dispute with Iran over its nuclear energy program. In exchange for Tehran’s confidence-building bid to limit certain aspects of its nuclear activities, the Sextet of world powers agreed to lift some of the existing sanctions against Tehran and continue talks with the country to settle all problems between the two sides.

After Iran and the world powers struck a deal in November, the US Treasury Department imposed fresh sanctions against companies and individuals for their business links with Iran.

Also, Washington officials have been making increasing provocative remarks against Iran and the deal since November. US officials claim that the military option was still on the table if Iran did not live up to its nuclear commitments under the Geneva deal.

In response, a large number of Iranian officials have warned of the dire repercussions of such remarks by Washington officials. Lieutenant Commander of the Islamic Revolution Guards Corps (IRGC) Brigadier General Hossein Salami warned that the slightest military move by the US will be reciprocated by Iran’s harshest response, underlining that Iran’s reaction would “recognize no boundary”.