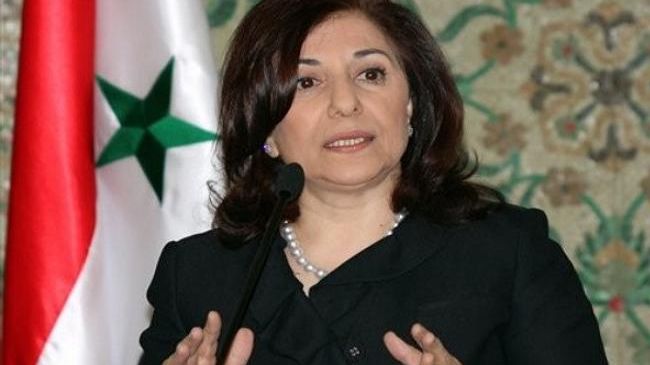 A high-ranking Syrian official says Israel is dispatching officers and undercover agents to Syria to join foreign-sponsored militants fighting against the Damascus government.

In an interview with Arabic-language al-Mayadeen news network on Monday, Bouthaina Shaaban, the political and media adviser to Syrian President Bashar al-Assad, stated that Damascus has information indicating that Israeli officers are operating in Syria and monitoring the fighting.

She also commented on last week’s Israeli airstrike near the Syrian border with Lebanon, saying Tel Aviv is using weapons shipments as an excuse to attack Syria and Lebanon.

The Syrian official further stated that there were undercover agents among the wounded militants recently treated by Israel.

The remarks come as Abu Dhabi-based newspaper The National reported on March 2 that the Israeli regime is paying large sums of money to foreign-backed militants operating inside Syria in exchange for information on fellow al-Qaeda-linked militants.

The report added that at least three different militant groups have been in regular contact with Israeli intelligence officials.

In late February, an unnamed Israeli commander admitted that the Israeli military is in contact with the foreign-backed militant and terrorist groups inside Syria.

The Israeli commander said the militants have provided Israeli intelligence officials with information on the identity and medical condition of the wounded militants.

Some reports also say hundreds of terrorists have received treatment in Israeli hospitals and most of them have returned to Syria, where they fight against government forces.

On February 18, Israeli Prime Minister Benjamin Netanyahu paid a visit to a secret field hospital in the occupied Golan Heights, which offers medical services to the injured militants coming in from Syria.