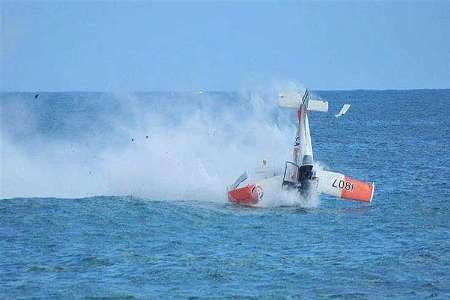 Already, three bodies of the crew had been found and transferred to the island.

While an official, minutes after the incident, declared the number of the plane crew five, several other sources said that the crashed plane was carrying four persons.

An official from CAO said that head of the organization has ordered formation of an investigation committee to consider cause of the crash.