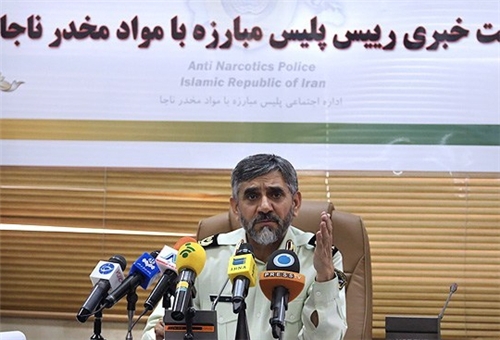 Police seize over 465 tons of narcotics in 11 months

Tehran, March3, IRNA — Commander of the Police Anti-Narcotics Squad General Ali Moayyedi announced on Sunday that his forces have seized more than 460 tons of illicit drugs during March 21, 2013-February 20, 2014.

ˈWe have seized a sum of 465 tons of various types of narcotics in the country in 11 months,” General Moayyedi told reporters in the Western Khorramabad city on Sunday.\

He underlined that the seizures are only related to the Law Enforcement Forces, excluding the discoveries made by the security and Basij (Voluntary) forces.

General Moayyedi noted that 75 percent of the seizures were made along the borders and in bordering provinces, including Sistan and Balouchestan, Southern Khorassan, Khorassan Razavi and Hormozgan.

ˈA sum of 70 drug traffickers have also been killed in clashes with the Law Enforcement Police during the same period,” General Moayyedi said.

Sistan and Balouchestan province, where Iran, Pakistan and Afghanistan come together, has porous borders, where bandits and drug traffickers operate despite frequent entanglements and intense efforts of the Iranian law enforcement police.

Iran spends billions of dollars and has lost thousands of its police troops in the war against traffickers. Owing to its rigid efforts, Iran makes 81 percent of the worldˈs total opium seizures and has turned into the leading country in drug campaign.