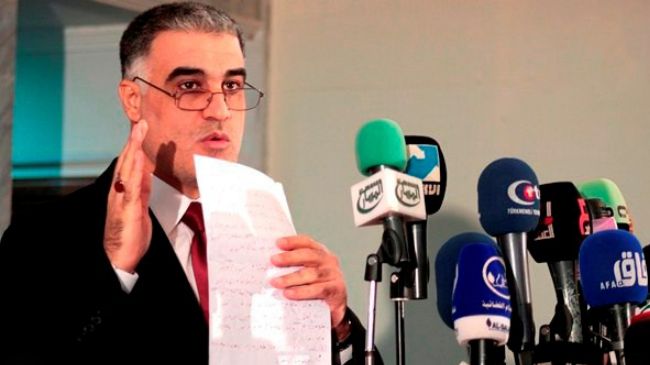 Iraqi Minister of Justice Hassan al-Shammari says the Islamic Republic of Iran can demand the extradition of members of the terrorist Mujahedin-e Khalq Organization (MKO).

On Sunday, Shammari stated that under an agreement signed between Iran and Iraq on the swap of prisoners and criminals, Tehran can ask Baghdad to extradite MKO members.

He further noted that Iraq will hand the terrorists over to Iran should the Islamic Republic ask for their extradition.

Zebari further noted that the Baghdad government has recently made a financial contribution of half a million dollars to a trust fund proposed by the UN chief to cover the costs related to the MKO relocation.

In a press release on December 27, 2013, the UN High Commissioner for Refugees (UNHCR) said that the agency and the United Nations Assistance Mission for Iraq (UNAMI) had relocated 311 out of 3,200 residents of the Camp Hurriya (Liberty) to third countries.

In December 2011, the UN and Baghdad agreed to relocate some 3,000 MKO members from Camp New Iraq, formerly known as Camp Ashraf, to the former US-held Camp Hurriya.

The last group of the MKO terrorists was evicted by the Iraqi government in September 2013 and relocated to Camp Hurriya to await potential relocation to other countries.

The MKO is listed as a terrorist organization by much of the international community and has committed numerous terrorist acts against Iranians and Iraqis.

The group fled Iran in 1986 for Iraq, where it received now-executed Iraqi dictator Saddam Hussein’s support and set up Camp Ashraf near the Iranian border.