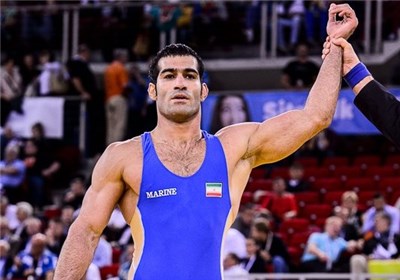 The 85 kg Iranian wrestler defeated Robert Kobliashvili of Georgia 2-0 in the final and won the gold.

Saeid Abdevali of Iran seized a silver medal after being beaten by Mark Madsen of Denmark in the final match of the 75 kg category.

The Iranian wrestler didn’t participate in the final after he picked up a rib injury.

According to the entry lists, a total 144 wrestlers from 22 federations are competing in the two-day event.