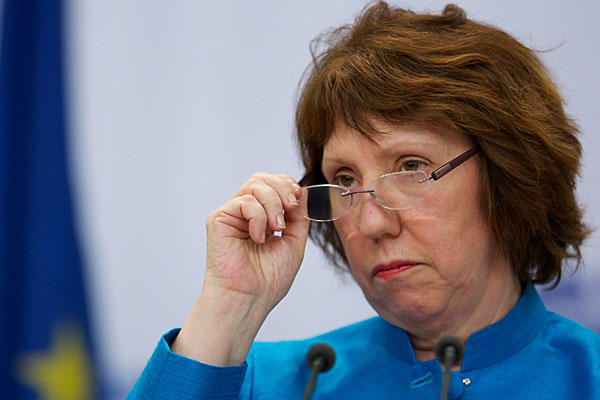 TEHRAN (FNA)- EU Foreign Policy Chief and head of the world powers’ negotiating teams in nuclear talks with Iran Catherine Ashton is due to visit Tehran on Saturday to meet with high-ranking Iranian officials.

Ashton will hold a meeting with Iranian Foreign Minister Mohammad Javad Zarif, who presides the Iranian side in the negotiations with the Group 5+1 (the US, Russia, China, Britain and France plus Germany), next Sunday and will travel to Iran’s historical city of Isfahan on Monday.

After three days of talks in February, Zarif announced that he and Ashon have agreed to meet once a month by June to discuss the issues related to the talks between Tehran and the world powers.

“We agreed to hold several meetings at the level of Ms. Ashton and me every four weeks by (the Iranian month of) Khordad (May-June) and have working meetings between our experts on different issues which are on the agenda,” Zarif wrote on his Facebook page on February 19.

Iran and the G5+1 ended their third and last day of talks headed by Zarif and Ashton on February 20.

Zarif ‘s talks with Ashton are focused on finding a lasting solution to the nuclear standoff between the two sides after hectic diplomatic efforts in Geneva in November resulted in an interim agreement.

But, Zarif also announced on the same day that Ashton would visit Iran before their first monthly meeting for a different purpose and in capacity of the EU foreign policy chief not as the head of the world powers’ negotiating teams.