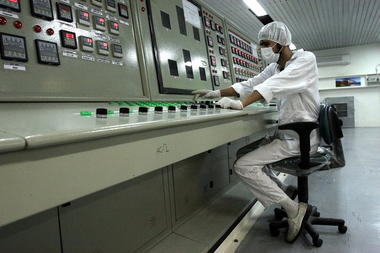 JERUSALEM/VIENNA, Feb 28 (Reuters) – The U.N. nuclear watchdog said on Friday it had not prepared a report with new information about suspected atomic bomb research in Iran, after Israel urged it to go public with all information it has regarding such suspicions.

Israel’s statement followed a Reuters report on Thursday that the International Atomic Energy Agency (IAEA) had planned a major report on Iran last year that might have revealed more of its alleged activities that could be used for designing a nuclear warhead, but had held off as Tehran’s relations with the outside world thawed.

Sources familiar with the matter said the IAEA apparently had not gone ahead with writing the report and that there was no way of knowing what extra information might have been included in such a document, although one source said it could have added to worries about Iran.

According to the sources, the IAEA was believed to have dropped the idea of a new report, at least for the time being.

In 2011, the IAEA issued a landmark report with a trove of intelligence indicating past activity in Iran which could be relevant for developing nuclear weapons, some of which it said might still be continuing. Iran rejected the allegations as fabricated and baseless.

Since then, the U.N. watchdog has said it has obtained more information that “has further corroborated” its analysis in the 2011 document, but has not given details.

“The IAEA has not prepared any report containing new information relating to possible military dimensions of Iran’s nuclear programme,” spokeswoman Gill Tudor said in an email on Friday, in response to a question.

“The agency’s reports on Iran to its Board of Governors are factual and impartial. Their content is not influenced by political considerations,” Tudor said, giving no other details.

Israel disapproves of the Western rapprochement with its arch-foe over the last six months, arguing that Iran has won sanctions relief while retaining the infrastructure to pursue nuclear weapons. Iran says its atomic aspirations are peaceful.

“The role of the IAEA is to expose to the international community all information regarding military aspects of the Iranian nuclear project, and not to withhold it for reasons of diplomatic sensitivity,” Israeli Strategic Affairs Minister Yuval Steinitz said in a statement.

“Because the matter of the PMD (possible military dimensions) is so important to a final deal with Iran, I call on the IAEA to complete and publish the report at the earliest opportunity,” he said.

Israel is widely assumed to have the region’s only nuclear arsenal. It has representatives in the IAEA but, unlike Iran, has not signed the nuclear Non-Proliferation Treaty (NPT).

The sources said the planned IAEA report would probably have amounted to a wider review of the Iranian nuclear file, including PMD and other outstanding issues. They said the idea was raised internally when the IAEA’s long-running efforts to get Iran to cooperate with its investigation appeared completely deadlocked in mid-2013.

But with a new leadership in Tehran trying to end its international isolation, Iran and the IAEA agreed a step-by-step transparency pact in November to help allay concerns about its atomic activities.

This was sealed shortly before a breakthrough November deal between Tehran and the six powers – the United States, Russia, France, Germany, Britain and China – which is meant to be capped by a final accord in July.

In follow-up talks on Feb. 8-9, Iran agreed for the first time to address one of many PMD issues in the 2011 report, regarding so-called exploding bridge wire detonators, which can have both civilian and military applications.