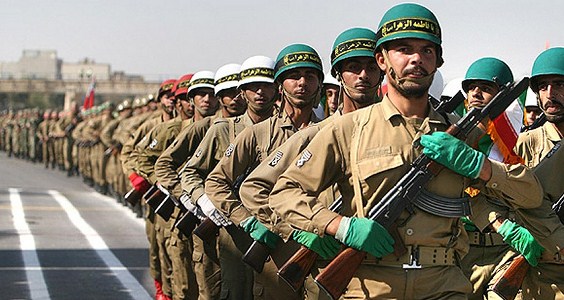 TEHRAN (FNA)- Deputy Commander of the Islamic Revolution Guards Corps (IRGC) Brigadier General Mohammad Reza Yazdi stressed the Iranian nation and government’s preparedness to defend the country, and said the US and its allies will never dare to take military action against Iran.

“The enemy doesn’t dare to attack Iran not for its fear of (our capability to build) nuclear weapons, but because it is fearful of our Basiji (volunteer) thoughts and affection to Velayat Faqih (religious leadership),” Yazdi said in Tehran on Saturday.

“That unwise US politician who wishes he could take the nuts and bolts of our nuclear installations out of our dear country should know that it cannot target our nation’s Basiji thoughts and our option on the table is the Basiji way of thinking,” the IRGC deputy commander for legal and parliamentary affairs underlined.

In relevant remarks in February, Iranian Defense Minister Brigadier General Hossein Dehqan underlined that the Iranian Armed Forces will give an inconceivable response to any possible enemy aggression, adding that the threatening remarks of the US officials cannot prevent the country from continuing its nuclear fuel production.

Dehqan said that the enemies threaten Iran militarily to prevent the country’s progress in using nuclear technology, but they should know that “Supreme Leader of the Islamic Revolution (Ayatollah Khamenei) and the brave and resistance nation of the Islamic Iran will never allow the country’s nuclear fuel production cycle come to a halt”.